April 14, 2013
It happens.
Athletes get injured.  It's what happens when you push the limits.

Everything has it's limits.

The after-effects of pushing past the limits can be beautiful in the long run. Can anyone imagine Yosemite if the glaciers hadn't worked their magic? Ansel Adams? 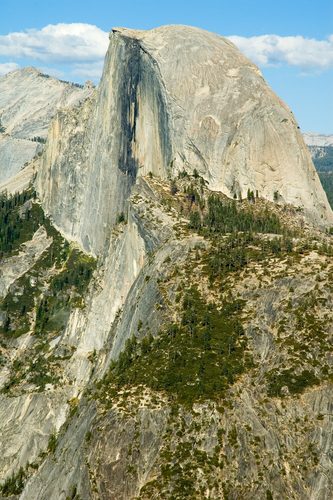 An incredibly abstract example - occurring in a literally geologic timeframe and what we revere are the after effects; the remnants and remains.

Witnessing and participating in such transformational experiences, on a more personal scale, is not so pleasant.  Imagine the first time you watched the images of Joe Theisman having his leg broken-is it as indelibly etched in your mind as mine? That too was the result of forces in the natural world coliding with one another.   The strength of bone vs the force of inertia.

If I close my eyes I can still see the effects of gravity demonstrating the frailty of my own skeleton. My foot slipped off the skateboard and the bones gave way. It was an accident, but it lingers and makes me who I am, even today. Not all scars are visible.

To wit: an injured pup confined to 2-3 weeks of cage rest: 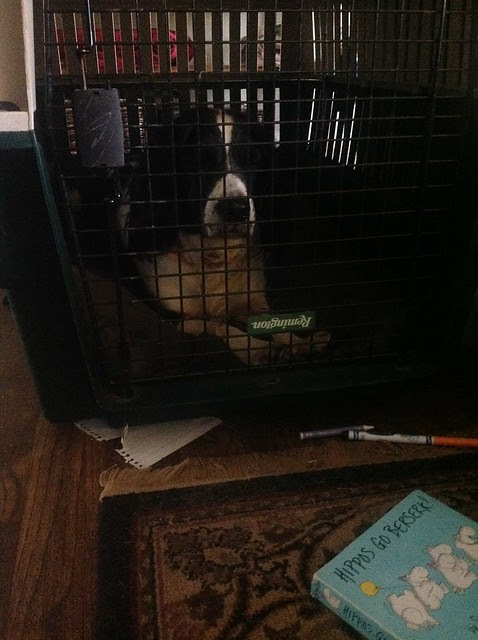 I didn't see the injury happen. All I know is that when we came back from a walk in the woods she came up lame. I put her on rest for a week and she seemed to get over it. But two weeks later I found that she seemed to have difficulty when doing any turning. Linear movement was good, but a sharp change in direction would have her 'tripoding' again. It was time to get some insight, and since I don't have an x-ray machine in my garage (and I suck at reading films anyway); off to the clinic we went.

Fortunately Emmie was introduced to the kennel at a very early age: 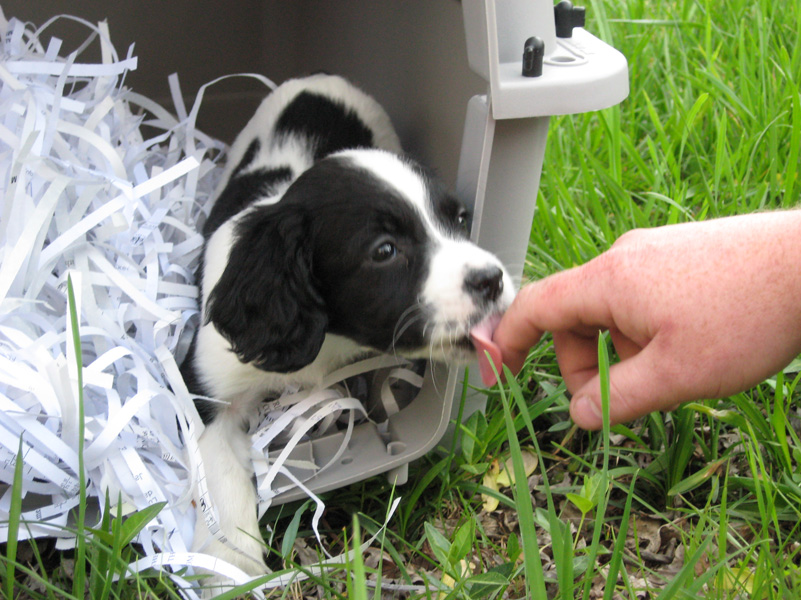 And I actually think that she does better in a lot of ways when she spends time in the kennel. She is so tightly focused on work that I think kennel time gives her a chance to 'turn off'. It's her safe space. This is a concept I had read about but that I honestly had a hard time understanding before Emmie. My other dogs have been primarily bred to be companion animals and I had primarily expected them to be with me at all times, I ASSUMED they wanted to be with me at all times-wouldn't being in a kennel be cruel? No, when used properly.
I've come around and fully support the use of a kennel...but a significantly important aspect to effective use of kennels is that pup gets out and get exercises.  But when ALL out-of-kennel experiences must occur via a slip lead, the kennel's appeal can wear off.
We're on day 4.