You've got to have confidence in your tools.

It's vitally important to have confidence in your tools; all tools.

A lack of confidence you will either get you or someone else hurt. I've seen it. When teaching a new student how to use a tool safely; whether it was a table-saw, a hand-drill, or even a hammer, doesn't matter. If the person using the tool isn't confident they will hesitate, be less than committed, and eventually they may get seriously hurt.

There are a multitude of ways to look how to build confidence, but ultimately it comes down to feeling that the tool is not a hindrance. At it's essence, you don't want to fight the tool. You want to let the tool do the work. After all, by the classical definition a tool is supposed to be the thing that "saves work".

Such is the case with this tool:

And, there's no doubt about it; it's nothing more than a tool. No one ever waxes poetically about their polymer framed semi-auto; except maybe in bad man-fiction. (Which I claim ignorance of as I haven't read any since this 1982  cold-war series by Jerry Ahern which I was surprised to find is still available: Total War (The Survivalist) 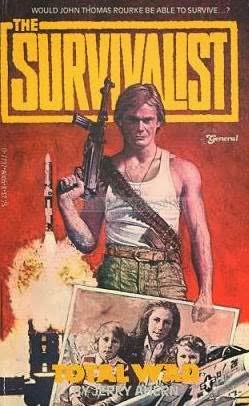 What's the the point?  The point is this: 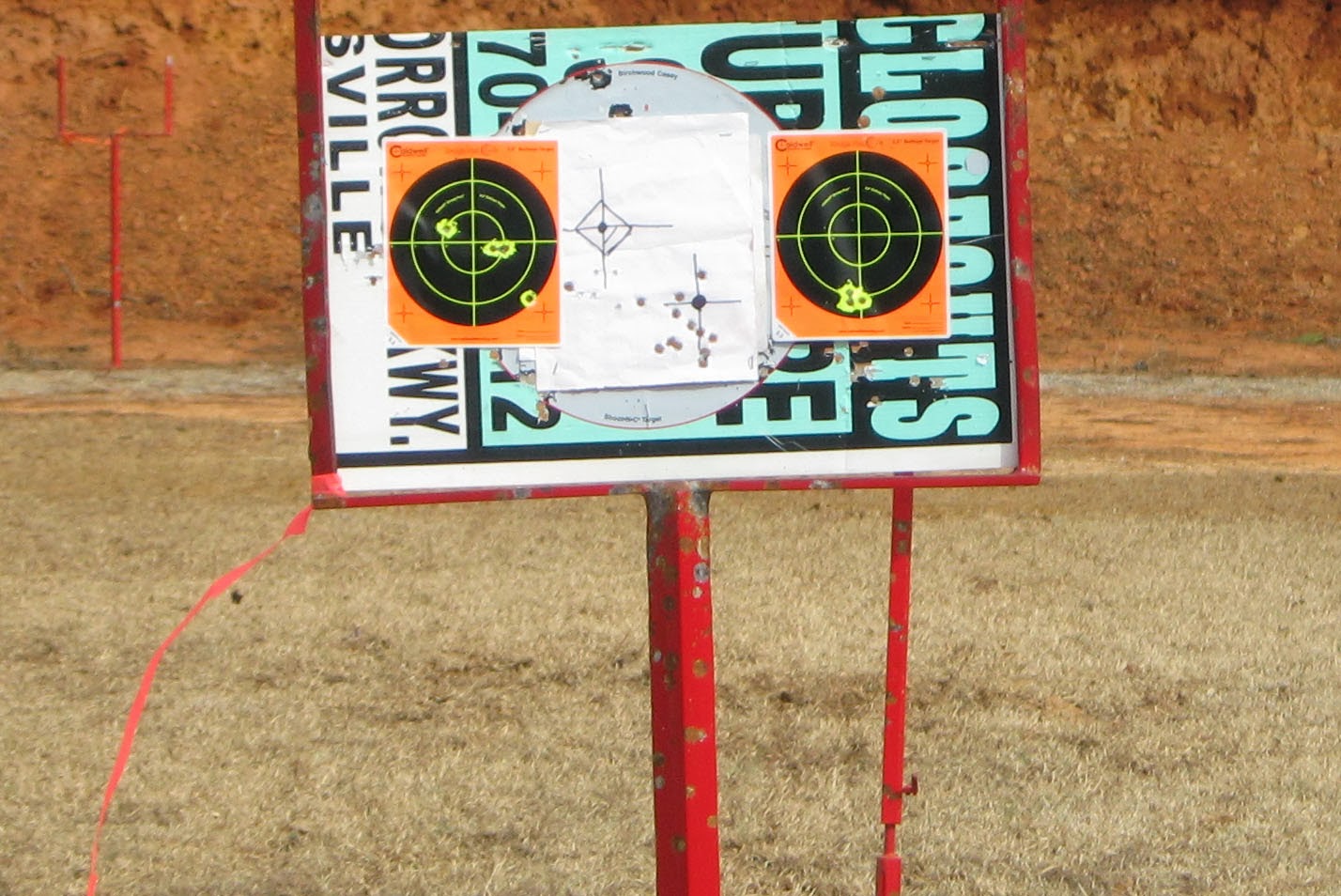 On the left are the results from the vaulted G23. On the right are the results from what has been less-than lovingly referred to as "the spaghetti gun" by my gunsmith: a Tanfoglio EAA Witness. (FYI-that is a streamer on the lower left of the target stand for gauging wind but at this distance it is irrelevant)

Look closer at the reactive targets and not the redneck target in the middle: 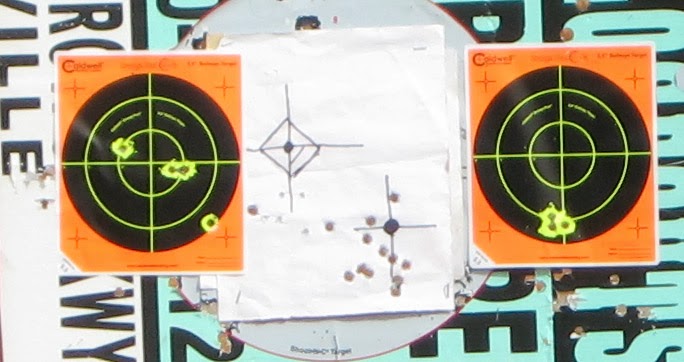 Each of the groups (on the reactive targets) is a carefully aimed five shot group. The targets are 5.5 inches across the black circle. The distance is 10 yards.

The group on the right is pretty much "one ragged hole". It's a group I'm actually proud of unfortunately...which I'll explain*. I need to change my hold to get it in the center of the target, but it's consistent and would probably change with different loads.


The group on the left is something I'm truly embarrassed about:


I've fought with/against my performance with this pistol for as long as I've owned it.

Is it my trigger control?
Is it lack of mindful practice?
Is it ergonomics? (bingo)

It is ergonomics, but in the end that doesn't matter because I have worked on my performance enough that I am now at the point of simply finding a replacement for the G23. I have proof that it's not me, per say. But it is me using THIS pistol.

This is really an unfortunate realization because in other aspects, this is the IDEAL carry piece in the field. I whole-heartedly believe in the reliability of the Glock. It has NEVER failed to go bang. Not ONE stovepipe, FTF, etc...NONE. That being said, the good thing is that I can trade it or sell it with full knowledge that it does what it's supposed to do and there is nothing mechanically wrong with it.

It's just a bad relationship. It's nobodies fault. We just don't work well together.

It's my carry piece when hunting and was never meant to be a target gun. But as a carry piece for the field, it's all the more important that I know I can rely on it to put lead where I need it to go. If I'm using it it's likely because something BAD is happening and I need it to stop.


* Dissapointment lies in the fact that the Tanfoglio does not belong to me and I have (possibly misplaced) reservations about it's durability and reliability.  Also, disappointing because that was the first time I had ever shot it-and I produced a group like THAT! I can't tell you how many times I've worked to produce that kind of a group with my G23.